The Potential of U.S. Reserve Army Units To Aid in Economic Reconstruction in the U.S. and Around the World

This is the edited transcription of the presentation by General Childers to Panel 2, “The Science of Physical Economy,” of the Schiller Institute’s Nov. 13-14 Conference, “All Moral Resources of Humanity Have To Be Called Up: Mankind Must Be the Immortal Species!” He is a former Commanding General of the only light division in the National Guard Reserve Components for VA, MD, MA, CT and NJ. 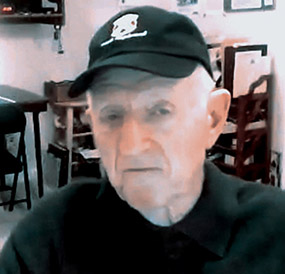 I am Carroll Childers. I joined the National Guard at 17 during the first few days of high school in Arkansas, and upon graduation from Engineering School at Louisiana Tech in 1962, I accepted a job at what was then the Naval Weapons Laboratory in Dahlgren, Virginia. It’s since been renamed two or three times. I also transferred to the Virginia Army National Guard and got commissioned in the state OCS [Officer Candidate School] program in 1964. I retired after 44 years of total service in the Guard. I commanded at every level from O3—that’s a company command—to O8, which is a division command; finally serving as a commanding general of the only light division in the reserve components, which happened to be in the National Guard, and was the 29th Infantry Division.

I’ve been asked to speak about the National Guard this morning in relation to how the Guard might fit into a program that can make some tremendous improvements in the world. Humanitarian improvements; a better way of life. And what could the National Guard bring to that issue to attempt to make things better?

Well, there’s a great number of people in the National Guard. If you take the Army and the Air National Guard together, you’re pushing half a million people. And then in addition to these people who are signed up for and serve in the Guard, typically one weekend a month and two weeks annual training per year, there are other Guard-related people, who are also quite capable in terms of their life’s experiences and their willingness to do good in the world. That would be the retirees. There are many retirees who are only barely 50 years old. There are a lot of retirees like myself who are 83 years old, but there’s an awful lot of them who are still in their 50s, and still like to do productive things. So, there’s the Title X and the Title XXXII Guard people, and then there are the retirees.

I don’t know whether or not there would be anybody in the decision-making chain, who would be willing to obligate the National Guard and state defense force and the retirees and the militia, towards this effort. Because, even though you’ve got all this—well, in many cases it could become free labor. But there’s cost to anything. Even if they would do it for no pay, you still got the cost of maintaining the organization and paying the light bills, and somebody has to be in charge, and actually a few people employed full-time to do the organizational things. But I think it’s worth exploring what needs to be done to engage these groups of people that I’ve outlined. Thank you.