The Ugly Fraud of the State Department ‘Summit for Democracy’

“Thou hypocrite, first cast out the beam out of thine own eye; and then shalt thou see clearly to cast out the mote out of thy brother’s eye.” 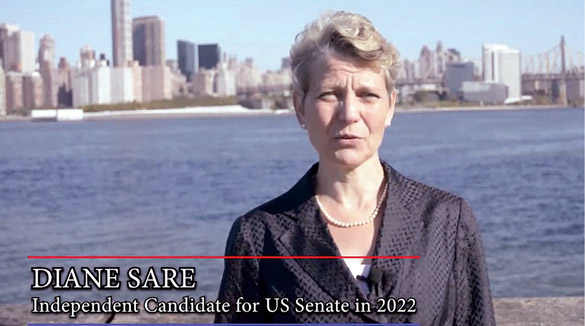 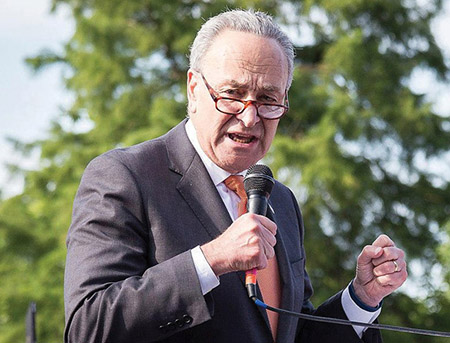 Nov. 30—On Dec. 9-10, 2021, U.S. President Joe Biden will host a virtual “Summit for Democracy” with the noble-sounding goal of “providing a platform for leaders to announce both individual and collective commitments, reforms, and initiatives to defend democracy and human rights at home and abroad.” As an independent American candidate for the United States Senate from the State of New York, and as a long-time associate of the politically-persecuted American statesman and economist Lyndon H. LaRouche, Jr., I urge the participants, as well as the uninvited nations, to look behind the flowery phrases on the State Department’s webpage at the actual state of affairs within the United States, and to consider that this “platform” may be more like the platform beneath the feet of unfortunate souls waiting to be hanged.

The 100,000 drug-overdose deaths in the United States last year, or the 14 deaths in the New York City Rikers Island jail complex, or the fact that suicide is the 10th leading cause of death in the U.S.A., or that in 2017, one out of ten New York City public school students was homeless, should be a clue that all is not well within the nation which is hosting this summit.

The State of New York has just passed legislation making it nearly impossible for any non-establishment candidate to appear on the ballot in statewide elections by requiring tens of thousands of signatures to be gathered within a six-week window of time. Such restrictive measures mean that there will be no opportunity for the voters to oppose the policies which have created such hardship for them.

Since the number one issue that this “Summit of Democracy” purports to address is “Defending against authoritarianism,” perhaps someone should ask their American hosts about the status of “free and fair” elections in the United States. One would think that upholding the right of citizens to seek public office, as well as having their votes counted in a fair and transparent fashion, would be an important safeguard against “authoritarian” regimes. At least citizens should be able to challenge their elected officials on policy matters and allow the voters to make their choice—but, not so in the State of New York.

I declared my candidacy for the 2022 U.S. Senate race in July of 2020, knowing that the State of New York already had one of the most difficult ballot access procedures in the nation; namely requiring 15,000 valid signatures of registered New York voters to be gathered in a short six-week period, plus other additional onerous filing requirements. Even U.S. Senator John McCain failed to meet these requirements for the 2020 Republican presidential primary, while, thanks to a genuine political machine of dedicated volunteers, Lyndon LaRouche’s name did appear on the New York ballot in two presidential primary elections.

I had been prepared to face the already onerous 15,000 signature requirement to challenge Senate Majority Leader Chuck Schumer, who is pushing national drug legalization, in order to legitimize massive income streams for the Wall Street crowd he represents. Unbeknownst to me (and most New York voters), major changes in ballot access were disingenuously introduced into the 2020 New York State budget (see S.7508B, p.259). The signature requirement was tripled for non-major party affiliated candidates in statewide races, to a virtually impossible 45,000 valid signatures, all to be collected over the same short six-week period. And yet, for Democratic and Republican Party candidates who have the substantial resources of their party organizations to draw upon, the requirement remains at 15,000 signatures!

Also in this budget item, the Libertarian and Green Parties were stripped of their party lines on the ballot, as the previous requirement of 50,000 votes in a statewide election was more than tripled to 2% of the statewide vote. So, in the State of New York, while great care is allegedly being taken to make sure that ‘anyone and everyone’ can vote virtually at any time and at any location, the only candidates allowed on the ballot will be those from the two major parties, as well as the New York State Conservative Party and Working Families Party, which both got around the requirement by endorsing Trump and Biden respectively, thus depriving their members of a non-establishment presidential choice.

The ostensible rationale for this outrageous elimination of independent campaigns from the New York State ballot, was that the state intends to disperse $100 million in matching funds, and they don’t want to spend money on “frivolous” candidates, obviously meaning that they intend to keep the money within the hands of those who already have it. Since the matching funds are given in an 8:1 ratio, this widens the gulf between establishment and non-establishment campaigns even more. It also makes the tripled signature requirement for my U.S. Senate campaign the more absurd, as federal candidates are not eligible for matching funds in the first place. That is, no matter how many signatures I get, or how much money I raise, I will not receive matching funds, thus proving that the argument for the requirement is based upon fraudulent premises. [box: Andrey Kortunov, Director of the Russian International Affairs Council]

My independent campaign for U.S. Senate currently represents the only serious challenge to incumbent Senate Majority Leader Chuck Schumer. Of the several candidates supposedly challenging Schumer, I am the only candidate who has filed a report with the Federal Elections Commission. Thus, as of this time, if I am excluded from the ballot, there will be no opposition in this very important U.S. Senate election.

Further, over the past 18 months, I have hosted over 50 weekly symposia on various urgent topics, including: homelessness, food shortages and famine, Afghanistan, education, election reform, nuclear power, water management, and more, with panel participants from among leading national and state experts including medical doctors, scientists, prisoner rights advocates, farmers, housing association leaders, teachers and others (Those symposia webcasts are available here). If I am denied ballot access, the voting public will have no opportunity to express their opinion on these important policies.

Perhaps some courageous individual will ask their American hosts at the upcoming “Summit for Democracy” about the question of ballot access in American elections, as well as the case of Julian Assange, and the case of former presidential candidate Lyndon LaRouche. If the summit hosts were sincere, these clearly un-democratic matters would be at the top of the agenda as issues to be happily rectified.