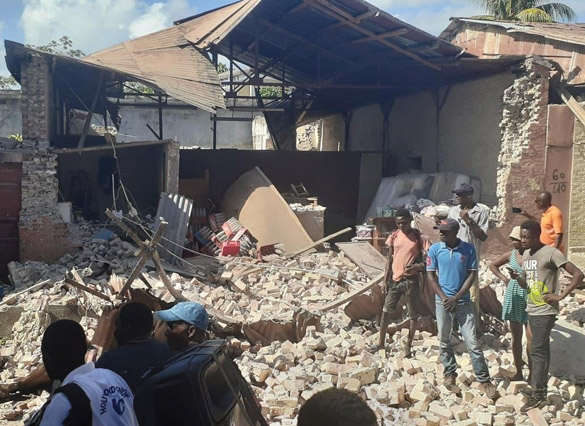 USAID/Bureau for Humanitarian Assistance
Haiti, lacking the infrastructure to cope with frequent hurricanes and earthquakes, has “immense needs.”

Aug. 21—How desperately Haiti is in need of infrastructure—viable roads, airports, reliable transportation, hospitals and more—is once again displayed before the eyes of the world, this time in the very slow pace at which humanitarian assistance is making its way to the southern and western parts of the country affected by the most recent earthquake on August 14. The area most severely affected by the earthquake is home to about 1.5 million people—80 miles from the capital of Port-au-Prince, to which overland transportation is a risky venture due to poor roads and security problems posed by armed gangs. Almost nothing is getting to remote villages because aid can only be directed to population centers close to airstrips where airplanes can land.

According to the government of Haiti, as of this writing, the death toll is nearing 2,200, with hundreds of still-missing people believed to be buried under rubble. More than 12,000 people have been injured and some 600,000 are estimated to need humanitarian aid as a result of the earthquake. Over 150,000 homes were destroyed, and many people now living without a roof over their heads, suffered the most recent tropical storm unprotected, creating conditions for the increased development of frequently fatal diseases. 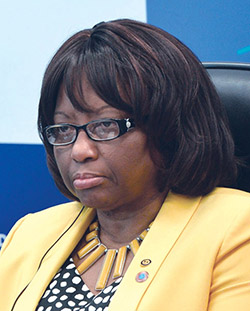 Many of the few health facilities that existed before, were also destroyed in the earthquake. Dr. Carissa Etienne, the Pan-American Health Organization Director, reported on August 18 that twenty-four healthcare facilities were damaged or destroyed in the three departments hardest hit by the earthquake. She called on the international community to respond quickly to meet Haiti’s “immense needs” for healthcare personnel, supplies, equipment, and patient transportation, in order to restore health services in the affected areas and “ensure adequate water and sanitation to prevent increases of diarrheal, respiratory and skin diseases,” and also administer COVID vaccinations.

The Schiller Institute issued a call on August 18 for immediate international action to aid Haiti. Titled “Implement LaRouche’s 2010 Rebuilding Program in Haiti Now: The 2021 Earthquake Can Not Be Allowed To Be a Further Descent into Hell!” it explains:

“Had American statesman Lyndon LaRouche’s program to rebuild Haiti been implemented, in response to the devastating Jan. 12, 2010 earthquake, which killed between 250,000 and 300,000 people, this impoverished nation would not be suffering the level of death and destruction so far wrought by the August 14 earthquake that measured 7.2 on the Richter scale. And the carnage will become much greater as a series of tropical storms hit, which are expected to be rolling in, perhaps one after another.

“…People are terrified. They have once again been abandoned by the United States and its international partners, left to perish in extreme poverty, disease, and misery. 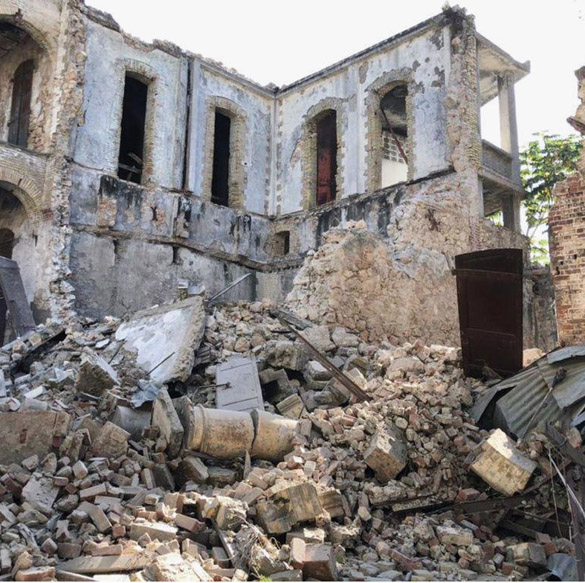 “Lyndon LaRouche,” the statement continues, “immediately responded to the 2010 earthquake by calling for an emergency reconstruction program for Haiti, for which, he said, the U.S. had a special responsibility. He called on the Army Corps of Engineers to first deploy to rescue and relocate up to 1 million homeless Haitians from Port-au-Prince to higher ground before the rainy season arrived and unleashed a dangerous health and sanitation crisis for these destitute citizens; he then proposed a comprehensive program to focus on building infrastructure—for sanitation, water management, irrigation, earthquake-proof housing, transportation, agriculture, etc.

“LaRouche also recommended that the U.S. sign a 25-year treaty with Haiti, ‘a treaty agreement to reestablish the efficient sovereignty of the nation of Haiti, after the destructive effect of this and preceding difficulties. We make a contract with the government, as a treaty agreement, between the United States and Haiti, to assure the rebuilding of their country, in a form in which it will actually be a functioning country which can survive’.”

On March 20, 2010, EIR published a 20-page package elaborating on the physical economic parameters required to begin reconstruction, and identifying the Malthusian outlook and interests that would fiercely oppose it.

President Barack Obama refused to implement LaRouche’s proposal, and instead abandoned Haiti to the whims of foreign NGOs which lack the largescale logistics and infrastructure-building capabilities required to actually transform the situation, should they even want to do so. Ten months later, in October 2010, a cholera epidemic swept Haiti, precisely as LaRouche had warned would happen were internationally supported, largescale recovery efforts not carried out. Thousands of Haitians who had survived the earthquake but were still living in flimsy tents, exposed to the elements and without access to adequate food or sanitation services, now succumbed to cholera.

Nor was the needed modern infrastructure built after the cholera epidemic killed so many people. But in 2017, China’s Southwest Engineering Municipal Design Research Institute, working with the Haitian firm, Bati Ayiti, drew up plans for a $30 billion infrastructure program, which was to begin by investing $4.7 billion in constructing modern sanitation, housing, and transportation, from the bottom up, in the capital, Port-au-Prince.

The project never materialized. EIR was told that it was the International Monetary Fund which stepped in to maintain the deadly living conditions forced on Haitians. The IMF informed the Haitian government that its funding would be cut off, should it allow the private project to proceed.

‘Not Acting When You Can, Amounts to Genocide’

In the midst of the fall 2010 cholera epidemic, Helga Zepp-LaRouche was invited to send a message to a meeting in Cap Haitien on the subject of how to save Haiti, which had been organized by a leader of the Regional Youth Coalition of North and Northeast Haiti (COREJENE) who was in touch with the LaRouche movement in Canada. Interest was extraordinary. Some 2,500 students, businessmen, journalists, and local politicians showed up on Nov. 26 for that meeting, a dramatic demonstration of Haitians’ thirst for new ideas.

Zepp-LaRouche began her address, played at the opening of the meeting, with a proposal:

“Let us start to make an international mobilization to save the Haitian people and organize for a full reconstruction of Haiti, so that everybody in this country can have a decent life. And let’s call it ‘Operation Frederick Douglass’.” 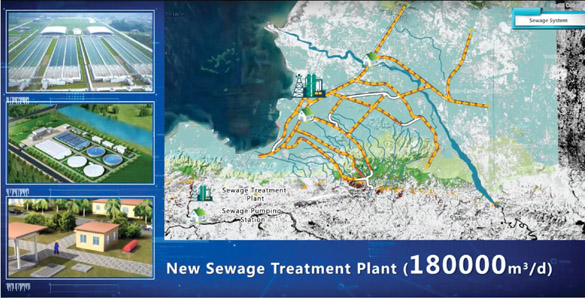 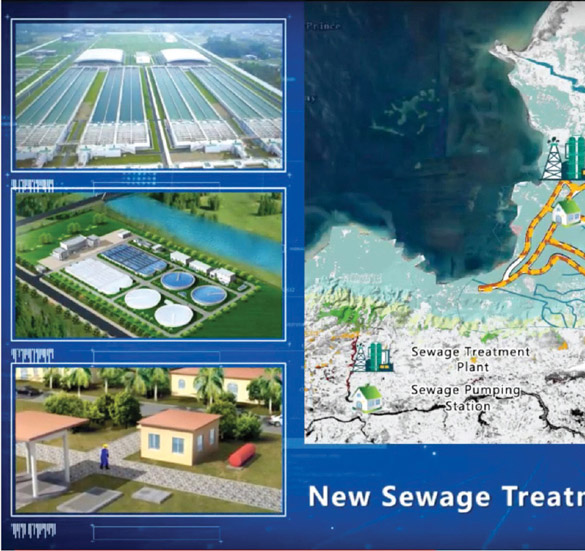 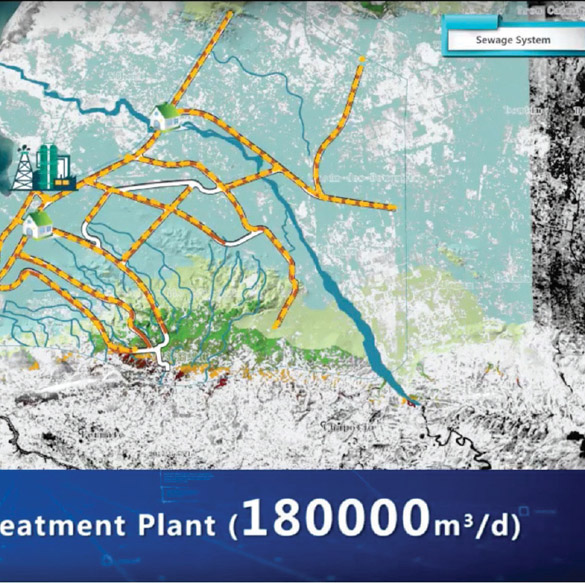 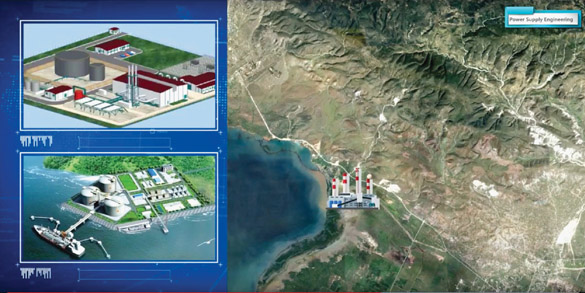 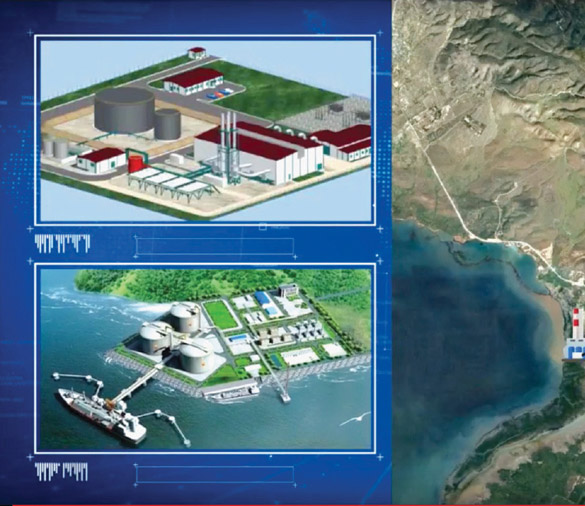 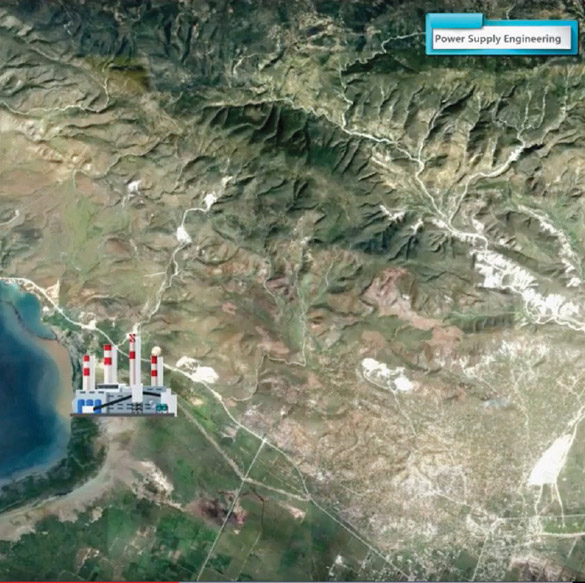 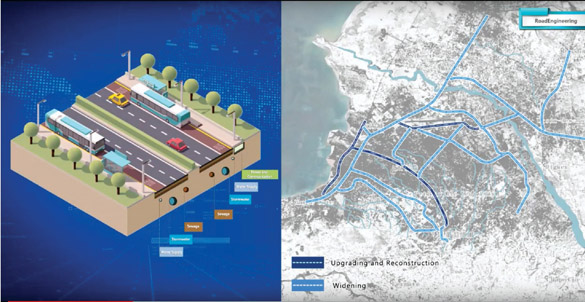 Bati Ayiti video
A $30 billion infrastructure program for Haiti, proposed in 2017 by China’s Southwest Engineering Municipal Design Research Institute, would have brought a modern sewage treatment system (top), power production and distribution (center), and utilities and a road network (bottom) to Haiti. It was stopped by the IMF.
View full size 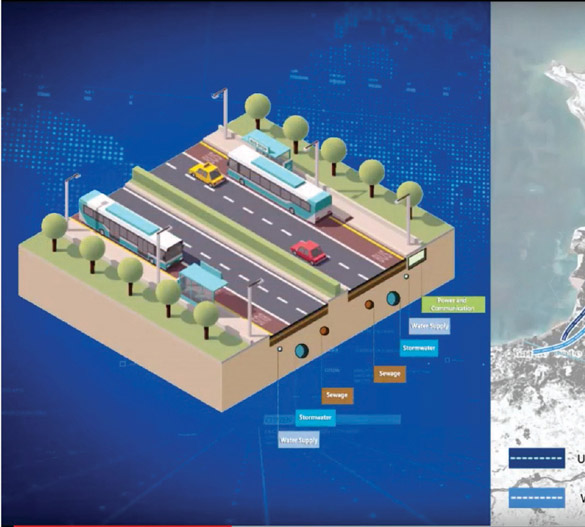 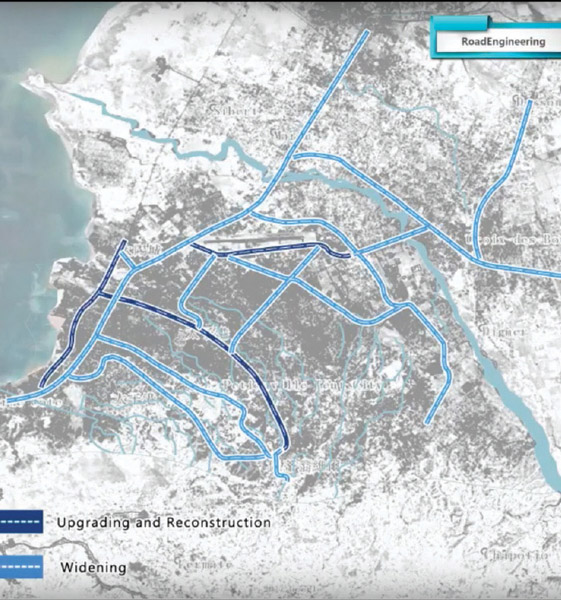 The history of Haiti has been intertwined with that of the United States from the outset of both nations, she explained. Haiti’s 1804 independence “was” she emphasized, “the first successful rebellion of slaves in the Americas, which occurred after the American Revolution, and defeated the military of the colonial powers of Spain, England and Napoleonic France. And since that time, the fate and history of Haiti has been extremely closely connected to that of the United States. Haiti supported the American Revolution and was allied with Alexander Hamilton. Haiti was punished for this through blockades and quarantines. This was changed again when Lincoln became President in the 1860’s, and then the U.S. finally diplomatically recognized Haiti. At that time, Frederick Douglass became the plenipotentiary to Haiti.”

Under great American presidents, such as Abraham Lincoln and Franklin Delano Roosevelt, U.S. and Haitian relations blossomed; under anglophiles like Woodrow Wilson, Haiti was invaded and occupied, or Obama, who refused to come to Haiti’s aid, she noted.

Zepp-LaRouche outlined the series of proposals her husband had made throughout 2010 for an internationally supported, 25-year long reconstruction effort. We must think in terms of “a generation of development for Haiti,” she argued, if Haiti is not to face continual catastrophes. 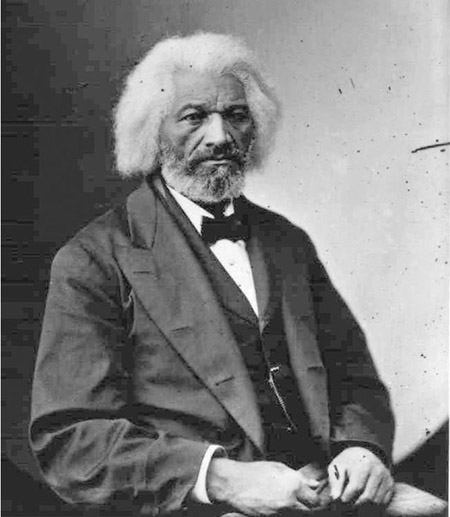 Her 2010 warning is as applicable today as it was then:

“The unfolding catastrophe which is happening in Haiti right now is a mirror of what will happen to the rest of the planet if the attitude towards this beautiful country is not changed dramatically… .

“The present horrifying condition of the victims in Haiti are a total indictment of the U.S. administration and the international community, a catastrophe which was visible for so long and predictable that it would happen… .

“Not acting when you can, amounts to genocide….

“Let’s mobilize for ‘Operation Frederick Douglass,’ and let’s make that the first cause of an international alliance for development until Haiti is saved and rebuilt.” 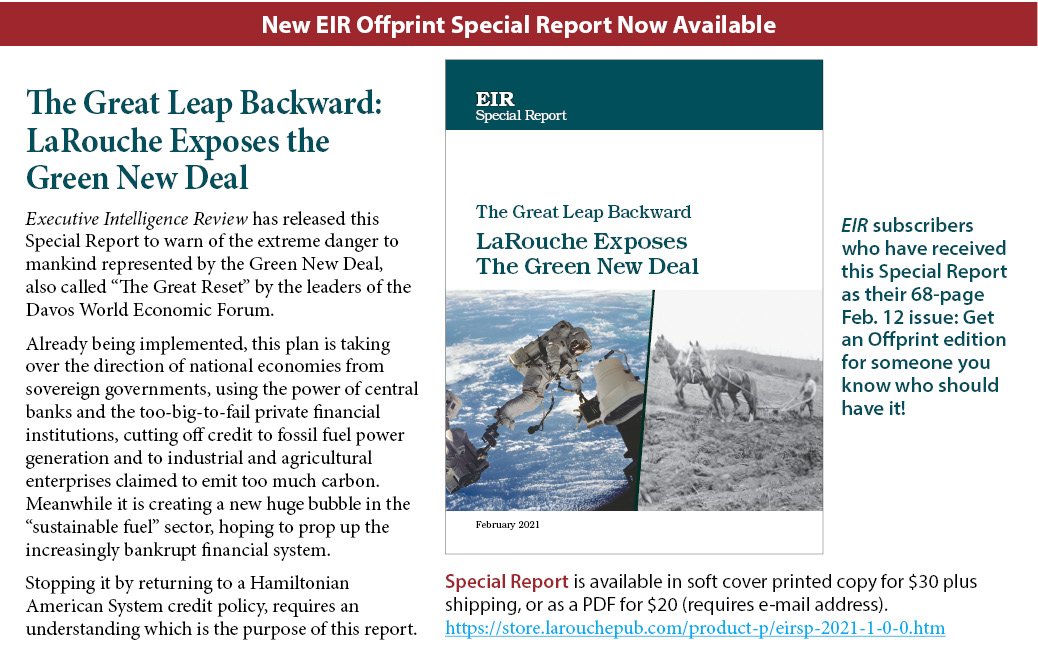