The Urgent Need for a World Health System

This is an edited transcript of the remarks of Dennis Speed to the Development Panel of the Schiller Institute’s April 9, 2022 conference, “To Establish a New Security and Development Architecture for All Nations.” Mr. Speed is part of the Schiller Institute’s Committee for the Coincidence of Opposites, and a long-time leader of the LaRouche movement. Two years ago, Helga Zepp-LaRouche, founder of the Schiller Institute, and Dr. Joycelyn Elders, former Surgeon General of the United States, jointly proposed the need for a world health platform to not merely combat the coronavirus pandemic, but to address every aspect of the deepening world health crisis, including, implicitly, even the pathologies of racism and war. Now others have, in their own ways, echoed this proposal.

Most recently, President Xi Jinping of China proposed at the January 17th World Economic Forum in Davos, Switzerland that:

Countries need to strengthen international cooperation against COVID-19, carry out active cooperation on research and development of medicines, jointly build multiple lines of defense against the coronavirus, and speed up efforts to build a global community of health for all. We should follow the trend of history, work for a stable international order, advocate common values of humanity, and build a community with a shared future for mankind. We should choose dialogue over confrontation, inclusiveness over exclusion, and stand against all forms of unilateralism, protectionism, hegemony, or power politics.

National biological defense means, chiefly, those measures of sanitation which are essential to improving and defending the life-expectancies and well-being of the population as a whole. This includes … not only safe water, but also improved supplies of energy, per capita and per square kilometer; this, at declining relative costs to communities, industries, and the general public. It includes improved public transportation….

The pivotal feature of the medical profession’s role, is the general hospital, provided as a public institution which is not only a teaching institution, but which serves those sections of the population which are relatively indigent, and are therefore the most likely radiators of infectious diseases. The public teaching hospital of this type, which is also integrated with the teaching and research functions of a university, is among the most valuable such facilities.

As stated by Dr. Elders on November 23, 2021 in an open letter to virologists and medical experts around the world,

The world’s healers must step up now to do the job that has not yet been done. We must educate the people so that science may supersede superstition, hope may conquer despair, and concern for all humanity overturns a self-destructive concern for just a select few of humanity.

Dr. Elders also pointed out that—

The world has yet to adopt a unified educational and public information campaign to educate all of the world’s people as to what we all must do now. Pandemics do not respond to election cycles, declarations of war, stock market fluctuations, or media campaigns. They respond to vigorous competent relentless public health measures, in combination with medical breakthroughs required to address new situations. 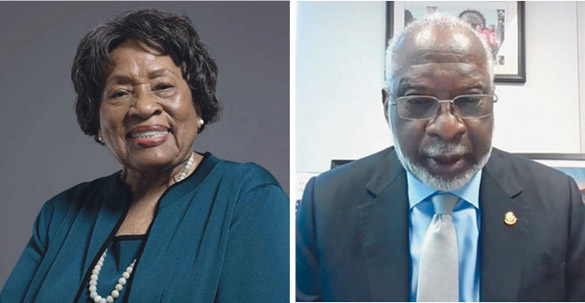 This outlook, importantly, was the essence of the outlook that was imparted to a previous generation of American doctors through the work of none other than Martin Luther King, whose 1968 Poor People’s Campaign had a far greater resonance than would have previously been noted. Dr. Elders, along with her colleague Dr. David Satcher—both former Surgeons General of the United States—shared reflections about this in a video conference of the Committee for the Coincidence of Opposites. Dr. Satcher said:

I’m here in my office in Atlanta, which is on the campus of Morehouse School of Medicine. I went to college here at Morehouse College, and in the early 1960s became involved in the student movement. So, that student movement did a lot to motivate me for my career in medicine, because I didn’t come to school to go to jail; but many of us ended up in jail, some of us even in prison. Not just for the sake of getting arrested, or what have you, but because we believed that we had a responsibility to help to make the world a better place than it was.

When I came to Atlanta, of course there were stores downtown where we could not shop, couldn’t work. So, all of those things had to change, and I must say, I lived to see most of them change over a 45-year period here in Atlanta. Atlanta is a great place, but it had to overcome some real challenges in terms of how we view people and the rights of people. I was very pleased to have been a small part of that.

Dr. Benjamin Elijah Mays [President of Morehouse College 1940-1967] didn’t encourage us to go to jail, but he also didn’t stop us from going to jail. I think he probably would have had to deal with our parents if he encouraged us to go to jail; but he certainly talked on Tuesday morning about the importance of standing up for your rights; about the power of resistance. You can imagine the impact that that had on Martin Luther King, Jr. more than ten years before I became a student here. That was Benjamin Elijah Mays, a tremendous leader who said that we can never take for granted the quality or the purpose of our lives. We’ve got to continue to work to make sure that the lives of other people continue to get better.

Speed: Helga Zepp-LaRouche’s own outlook on this topic was put forth in a paper titled, “Gandhi’s Vision for a New Paradigm in International Relations, a New World Health System, and Direct Nonviolent Action in Times of Social Breakdown.” This was presented to a meeting titled, “Revisiting Gandhi: Peace, Justice and Development,” convened by the International Conference of the Association of Asian Scholars, some 18 months ago. 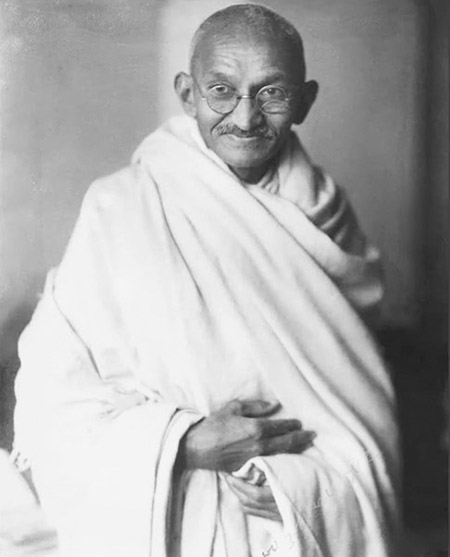 Martin Luther King’s own work in the field of creative nonviolent direct action was significantly advanced through his trip to India in 1959. In 2009, 50 years later, All-India Radio discovered a lost recording of King in which he said,

Many years ago, when Abraham Lincoln was shot—and incidentally, he was shot for the same reason that Mahatma Gandhi was shot—namely, for committing the crime of wanting to heal the wounds of a divided nation. When he was shot, Secretary [of War, Edwin] Stanton stood by the dead body of the great leader, Lincoln, and said these words: “Now he belongs to the ages.”

In a real sense, we can say the same thing about Mahatma Gandhi, in even stronger terms: Now, he belongs to the ages. If this age is to survive, it must follow the way of love and nonviolence that he so nobly illustrated in his life. Mahatma Gandhi may well be God’s appeal to this generation, for in a day when Sputniks and explorers dash through outer space, and guided ballistic missiles are carving highways of death through the stratosphere, no nation can win a war. Today, we no longer have a choice between violence and nonviolence. It is either nonviolence or non-existence. King adapted and amplified that work in ways that are suggestive for what must be done to advance a world health platform today in the face of an ever more divisive world circumstance and atmosphere. It is important as a matter of historical record to also note that it was the worldwide reaction to the murder of George Floyd in Minneapolis in 2020, and a need, in the face of the violence that was characteristic of some of the protests, to reassert the higher hypothesis of nonviolent solutions to apparently insoluble problems, as King had successfully done, that the Committee for the Coincidence of Opposites was initially formed. A world health platform seemed the obvious path to take for such a worldwide resurrection of the application of King’s and Gandhi’s approach.

In his sermon, “Remaining Awake through a Great Revolution,” given at the National Cathedral in Washington, D.C. [March 31, 1968], five days before his assassination, the Reverend Dr. Martin Luther King told the congregation not a Bible story, but another famous American fable. He said,

I am sure that most of you have read that arresting little story from the pen of Washington Irving titled, “Rip van Winkle.” … When Rip van Winkle went up into the mountains, the sign had a picture of King George III of England. When he came down, 20 years later, the sign had a picture of George Washington, the first President of the United States.… This reveals to us that the most striking thing about the story of Rip van Winkle is not merely that Rip slept 20 years, but that he slept through a revolution.

To sustain such attention to change the world, we require the quality of what scientist, biochemist, biologist, and inventor Louis Pasteur called “enthusiasm,” a Greek word, meaning “the inner God.”

In a speech before the Académie Française April 27, 1882, Pasteur, the man who would establish the famous Pasteur brigades, which would eradicate diseases in whole countries, said,

Happy is the man who carries within him an inner God, an ideal of beauty, and who obeys it. An ideal of art, ideal of science, ideal of the fatherland, ideal of humanity, ideal of the virtues of the Gospel. Therein lies the living source of great thoughts and great actions. All are illuminated by the reflections of the infinite.

The idea of the infinite potential in the finite moment, of immortality as a practical force in history, of eternal ideas as more powerful than arbitrary momentary force unifies Pasteur, Gandhi, and King. The particulars of the health system that has to be urgently created today worldwide are important, but the desire to heal the people and their lands worldwide is primary. As Dr. King said,

One day, we will have to stand before the God of history, and we will talk in terms of things we’ve done. Yes, we will be able to say we built gargantuan bridges to span the seas, we built gigantic buildings to kiss the skies, … [but] it seems that I can hear the God of history saying, “That was not enough! But I was hungry, and ye fed me not. I was naked and ye clothed me not. I was devoid of a decent sanitary house to live in, and ye provided not shelter for me. And consequently, you cannot enter the kingdom of greatness. If ye do it unto the least of these, my brethren, ye do it unto me.” That’s the question facing America today.

And indeed, that is the question facing the world today.