Sept. 10—The Schiller Institute NYC Chorus hosted a Remembrance of the 9/11 attack Sept. 9 beside the Irish Hunger Memorial, two blocks from Ground Zero in Lower Manhattan. The event was dedicated to the victims of the 9/11/2001 attack and to the first responders who risked their lives to rescue literally hundreds of thousands of people. Of the nearly 3,000 fatalities on that day, one out of seven was a first responder, including 343 FDNY firefighters, and 60 NYPD and PAPD police officers.

Jennifer Pearl, Chair of the Schiller Institute NYC Chorus, opened the event by describing the origin of the chorus in December of 2014 in an impromptu concert sing-along of Handel’s Messiah, titled “A Celebration of the Sanctity of Every Human Life,” which has defined the purpose of the chorus ever since.

The FDNY Ceremonial Color Guard then came forward for the National Anthem, which was sung by the chorus, followed by FDNY Chaplain Monsignor Jamie Gigantiello who gave the invocation. FDNY Firefighter Regina Wilson then beautifully sang three verses of America the Beautiful. Firefighter Wilson joined the FDNY in 1999 and was one of the first responders on the ground at the World Trade Center Sept. 11, 2001. Seven members of her firehouse—Engine 219 in Park Slope, Brooklyn—perished on that day. Her story can be found in the link below. The chorus then performed Ave Verum Corpus (Hail True Body) by W.A. Mozart and Gloria sei dir gesungen (Gloria Be Sung To You) from J.S. Bach’s Cantata Wachet auf! (Wake Up!), conducted by Nancy Guice.

The next speaker was USCG Captain Daniel R. Croce (ret.), who played a critical role on 9/11. He spoke of one of the lesser-known acts of spontaneous courage, captured in a video narrated by Tom Hanks, called Boatlift, which rescued countless people who were trapped along the water at the southern edge of Manhattan island. With all bridges and tunnels closed off, there was no escape from the inferno except by water. Many jumped into the water to try to escape the toxic cloud of dust or tried to swim to Brooklyn. Boats began picking people out of the water and off the walls on the river edge. 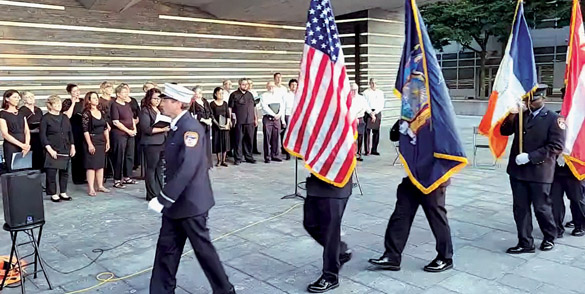 Inverting the standard order of keeping civilian vessels away from dangerous areas, the Coast Guard radioed an “All Available Boats” call to help in what became the largest sea evacuation in history, greater than the amphibious evacuation of 390,000 soldiers from Dunkirk in World War II. (Ironically, many of the choristers from New Jersey arrived by ferry at the boat landing just a few steps away.) 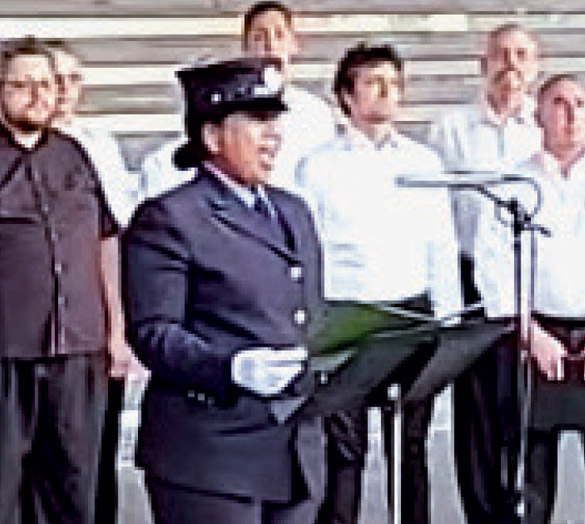 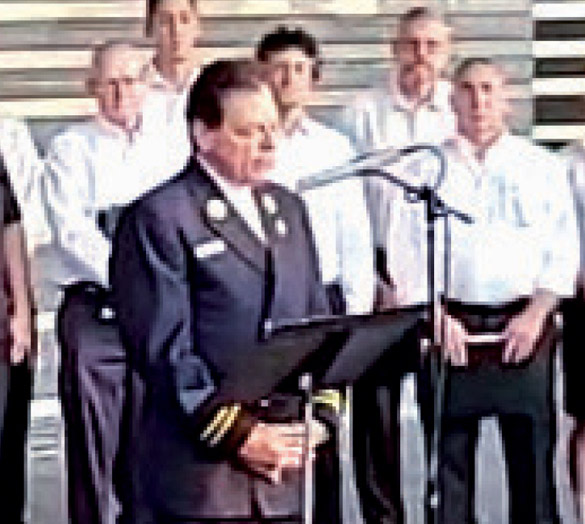 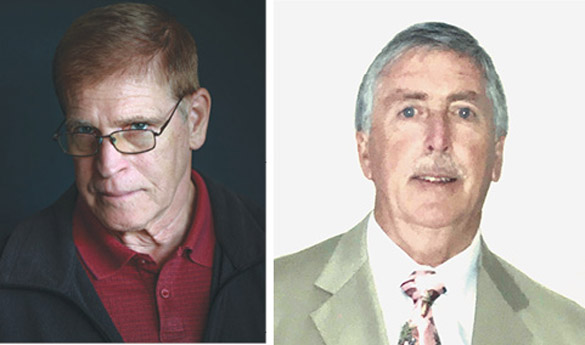 Captain Andrew McGovern, President of the Sandy Hook Pilots, spoke next. Sandy Hook Pilots was founded in 1694, almost a hundred years before the Coast Guard’s founding in 1790. Every vessel that enters New York Bay is boarded by a Sandy Hook Pilot who brings it safely to dock. Many listeners were astonished as Captain McGovern described that even though the evacuation of survivors was completed by sunset that day, the extraordinary work of the pilots lasted through the following week, as all bridges and tunnels remained closed. In addition to emergency provision of food, water, and supplies, everything that came in and out of Manhattan for that period was transported over water.

The solemn event was closed by Jennifer Pearl, who led the chorus in singing the canon Shalom Chaverim (Peace, My Friends), She invited the audience to join in the final canon, Dona Nobis Pacem (Give Us Peace).